CEO and owner of the company
Fenix Group a.s. 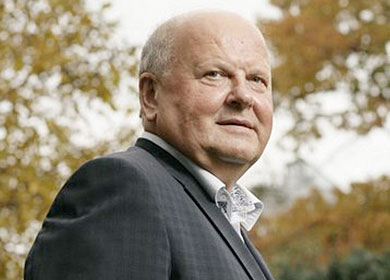 CEO and owner of the company
Fenix Group a.s.

Ing. Cyril Svozil, CEO and owner of Fenix Group a.s. In 2013, he was awarded the “Entrepreneur of the Year 2013” title in the Olomouc Region. Over the past 20 years, he has built one of the largest European companies producing electric radiant heating systems. They export their products to the whole world.

As a visionary, he made the first project in the Czech Republic for a new energy concept for buildings with almost zero energy consumption. The proposed concept considers using buildings equipped with battery storage as active elements of the energy distribution network. This building was presented by the company this year in the Czech Pavilion at EXPU 2017 in Astana.

This year, his company is completing the installation of a high-capacity battery in Jeseník, which is intended not only to save energy, but also to protect the production plant against reduced quality, or the consequences of a possible black-out supply of electricity from the grid.