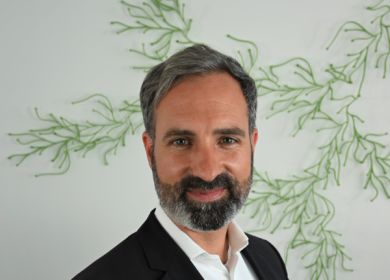 Expertise in the renewable energy business

Agri-PV project development and management
An internship in a solar association in 2009 was the starting point of his professional career in the field of renewable energies. During his studies Stephan Schindele worked several times for the United Nations Framework Convention on Climate Change (UNFCCC). After completing his MBA program at the California State University East Bay (2011) he was employed as a PhD candidate and project manager at the Fraunhofer Institute for Solar Energy Systems ISE. There he built up the new business field of agri-photovoltaics, wrote numerous publications on the topic of Agri-PV and received several awards for his work (2012-2020). Between 2015 and 2020 he taught energy policy at Reutlingen University.
In 2020 Stephan Schindele joined the BayWa r.e. Solar Projects family as Head of Agri-PV. He supports the global Agri-PV market development and successfully leverages the synergies of the agricultural and energy industry.